We’ve been on the road for 2 weeks. Or more accurately, we’ve been in the air. That means we have flown well over 1500 miles, slept in 7 different places, eaten several ounces apiece of jerky (beef, elk, and next up buffalo), drunk many local microbrews, swum in 4 pools or lakes, ridden a dozen miles of bike trails, washed 4 small loads of laundry, debugged one malfunctioning internet connection and one toilet, given up on countless failed T-Mobile connections, and celebrated the clear flying conditions and perfect performance of our small Cirrus airplane.

Personally, we have not performed so perfectly. I would say that my husband and I are a bit road weary right now. We have learned we’re pushing too hard. The best news is that there is so much we’ve already seen of American towns that we end the day saying, much as we did every day of living 3 years in China: You’ll never believe what I learned today! and This is a really big, diverse country! The worst news is that we’ve barely had time to write up notes, look at our many hundreds of photos, or record first impressions, let along try to form any “big picture”. We need to learn to pace ourselves better.

Today, we are on an unplanned layover in Rapid, which until a few days ago we called Rapid City, probably like you still do. Just now, in our independently-owned eco hotel, a Chinese student from Shandong province, in the rough and raw northeast of mainland China, came to our room delivering a small bag of colorful candies as a welcome to Mount Rushmore country. She was as surprised at my Chinese babble as I was at seeing her face here in southwest South Dakota. (She’s here on a 3-month work-travel program supported by local industry.)

Rapid has, amazingly, offered a kind of spiritual rejuvenation that we certainly didn’t expect to find. Yesterday, when we landed in Rapid, some friends my husband knew from his Cirrus-airplane pilots group, met us as KRAP, uneuphemistic call sign for the Rapid City airport. These pilots are as friendly and welcoming to each other as are the Esperantists or the Baha’i. If you show up somewhere, anywhere, they will take care of you.

Our hosts suggested we drive west and north toward Lead and Deadwood to see the beauty of the Black Hills and to the experience the Pathways Spiritual Sanctuary. The beauty of the hills out here is already marred by the rampage of the pine beetle, which survives the now-warmer winters and is killing the glorious ponderosa pines. It is turning the forests to a shade of rust that reminds of autumn in the Alleghenies, and preparing the way for epic fires that local firefighters predict as “when” not “if”. 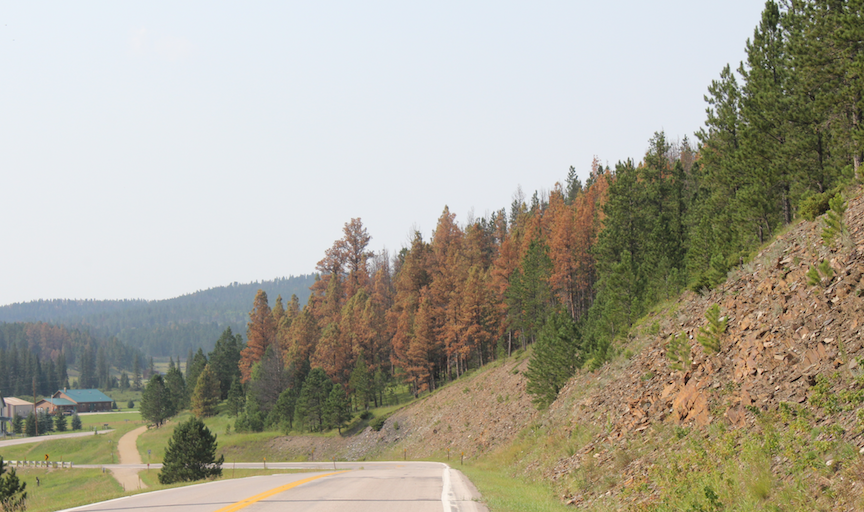 Our destination, the Pathways Spiritual Sanctuary, is the labor of love of Dave Snyder, a successful pig farmer from Nebraska by way of Pierre. When Snyder retired, he bought 200 acres of forest and meadowland in the low hills and lovingly tamed a space of paths and resting spots, which he opens to the public from morning to dusk to walk, meditate, and record thoughts in journals that he provides in strategically-placed weatherproofed Tupperware containers. 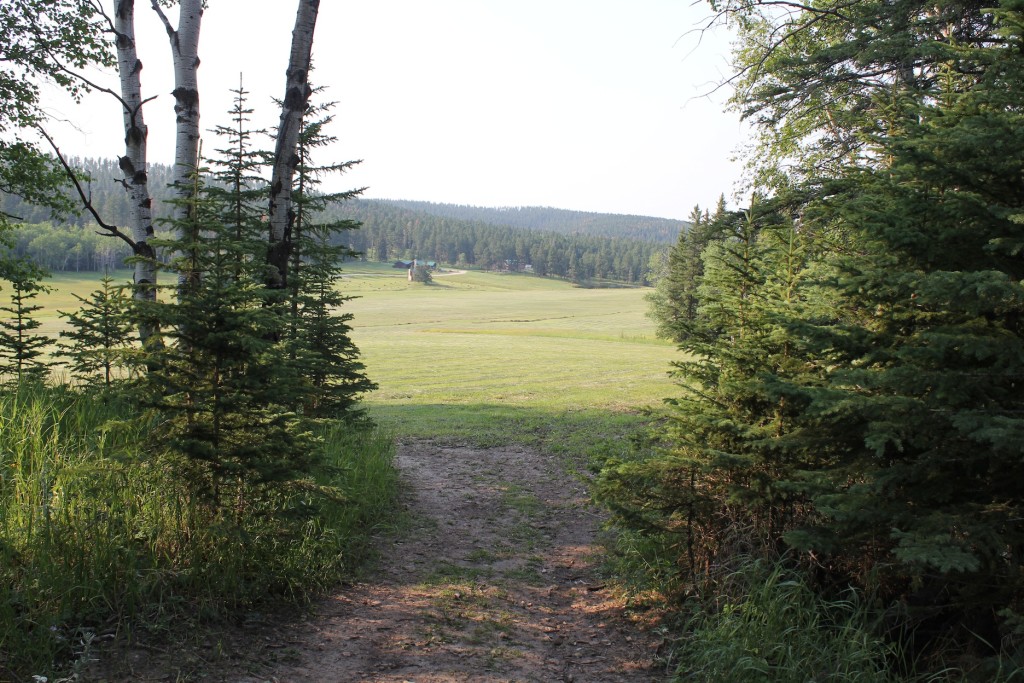 Snyder’s pet llamas graze near his elegant house. Japanese-inspired torii gates mark meditation spots within the forests. A copy of the majestic bronze sculpture, Invocation, by Buck McCain, which Snyder first saw in Santa Fe (and then had re-cast and driven back by pickup in pieces to South Dakota for reassembly by local artisans), stands framed by the meadows and hills. 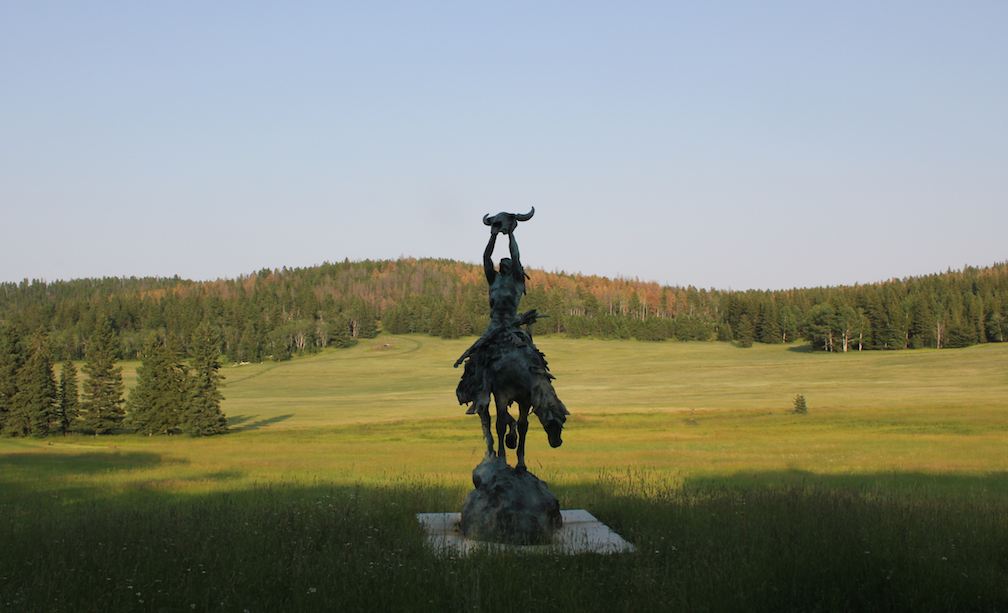 After hiking the paths in this country, even the most cynical or resistant city-folks must be spiritually revived – my husband as living proof — even if they didn’t know they needed it.

It is hard to know how to describe Snyder: gentleman pig farmer sounds condescending; mystic is too much of a stretch. I think he is a very kind man, with a well-thought vision for a place of peace and harmony in the world, and he is sharing it – no strings attached – with anyone lucky enough to stumble across it.

After our respite, and after a long swim in the local YMCA pool, and having decided to stay one more day in Rapid, we are feeling pretty good. As for the beef jerky, which is my answer to vending machine chips and candy bars, more on that soon.

This place has become a touchstone for me of peace. It provided time of profound reflection under the canopy of trees and the warm sunshine of the meadow. –P

Visitors have frequently asked, “Why did you build Pathways Spiritual Sanctuary?”